Playing with Words is an ongoing research project investigating artists’ practices with the spoken word.

The initial project investigated a variety of artists’ practices from a range of disciplines including literature, music and performance and resulted in a book; a CD and online audio compilation;  a symposium at Tate Britain; software tools; sound works and a conference paper. It was funded by the AHRC and ran from 2008 to 2011.

The project arose out of my experience of working with recorded spoken word as compositional material, particularly ‘Hidden Lives’ (1999) and ‘The Memory Machine'(2003/4). The experience of making these works along with others such as ‘Hidden Voices’ and ‘Hidden Lives2: the House of Memory’ started ongoing wider research. One strand of this research is  into other artists working between the sonic and the semantic possibilities of spoken word  and the other is into the developing new creative software that could be used specifically with spoken word material.

Preparations for an Imaginary Conflict (2015) 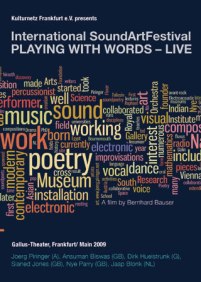 Playing with words: the spoken word in artistic practice is a collection of responses from over 40 leading contemporary composers and artists who were invited to represent aspects of their creative practice with words, and in particular, the spoken word, for the printed page.

The book concentrates on the kinds of creative play to be found in different sound based genres such as electroacoustic music composition, text sound composition, and sound poetry while reflecting artistic practices in disciplines of such as digital arts, electronic, concrete and experimental poetry, performance art and fine art. The contributors have chosen to represent their work in a variety of different ways which include writing, graphics, poetry, photographs and through interview. 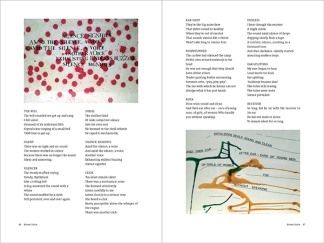 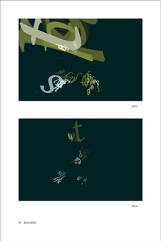 ‘Why Not our Voices’ Women and Music; A Journal of Gender and Culture. Due out Jan 2016

Voices from the Past: Compositional Approaches to using recorded speech Organised Sound 11:1 2006

The Memory Machine: sound and memory at the British Museum Organised Sound 10:2 (with Nye Parry) 2005